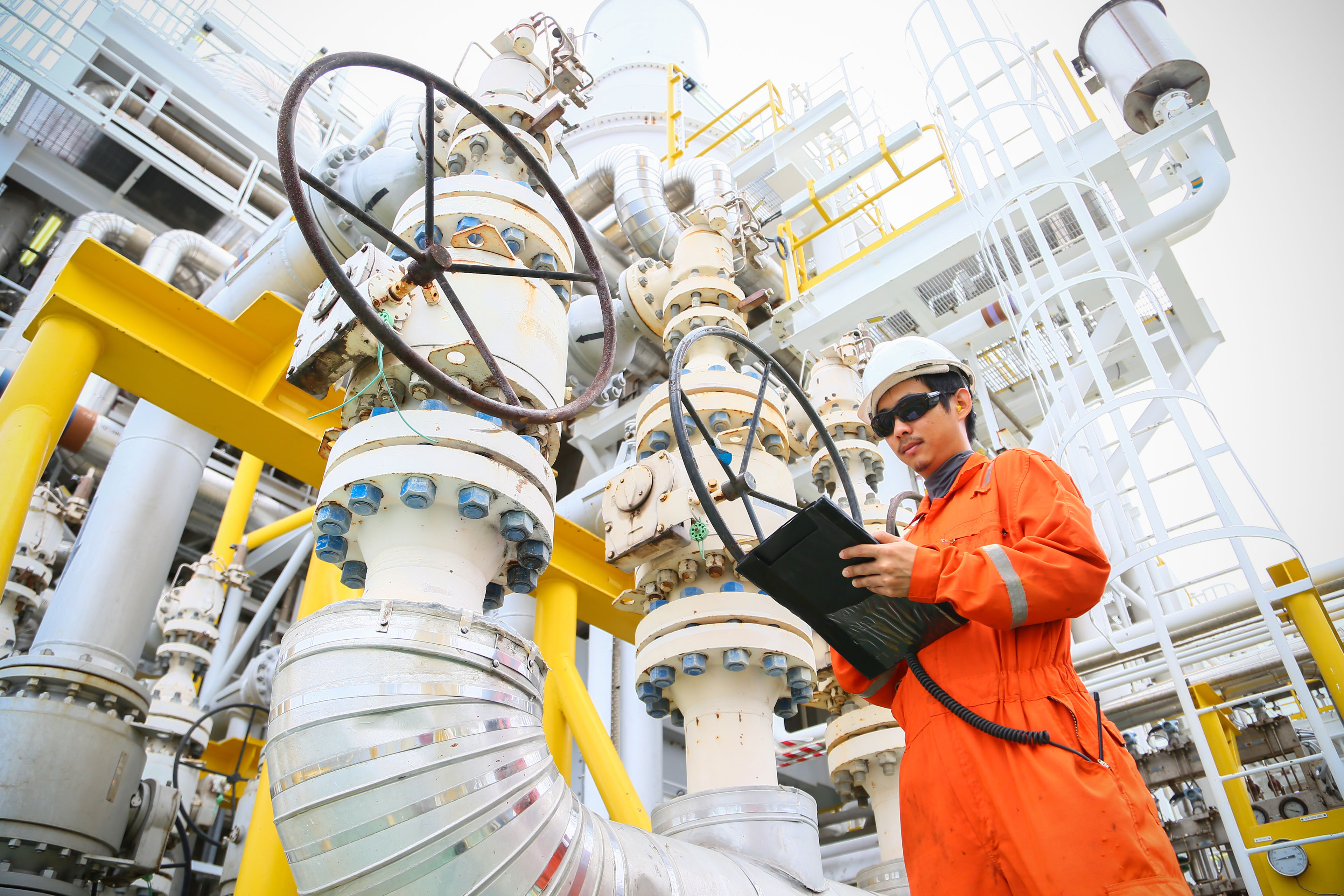 Why virtual delivery is critical to supporting leaders during a crisis

1
The better the question

How can innovative virtual delivery help leaders unlock their potential during a pandemic?

After the onset of COVID-19, Sellafield knew staying supportive of their leaders was critical in making Europe’s largest nuclear site safe.

Sellafield is Europe’s largest nuclear site and employs more than 11,000 people. Up until recently, Sellafield has been reprocessing nuclear fuel for safe storage, but their mission is changing. Their focus is now to use their unique knowledge to create a clean and safe environment for future generations by decommissioning the site. They aim to build new waste management facilities worth £8bn and manufacture tens of thousands of waste containers, whilst also reducing their carbon footprint.

In 2016, Sellafield’s board made a commitment to the UK Government to reduce the site’s spend by £1.4bn by 2029 through cost efficiency and productivity gain. To achieve this, Sellafield needed to evolve its workforce culture, and provide all leaders with an aligned learning and development (L&D) programme.

Consequently, EY Lane4 launched the LE3AD programme in 2019. It targeted Sellafield’s 2,700 senior leaders and aimed to create a high-performance culture — one that embedded a consistent leadership mindset, skill set and tool set across Sellafield. In the first 12 months, 926 leaders had completed the face-to-face programme and the feedback had been extremely positive. Results demonstrated 98% of the delegates agreed that the facilitators created a safe, trusting and open environment. Also, 96% of the delegates agreed that the content was accessible and practical. A programme delegate stated, “The cohort came together and developed a supportive environment, built on previous experience and sessions. I feel we are really developing a support network”.

However, in March 2020, with a further 1,773 leaders set to go through LE3AD, the COVID-19 pandemic began and all face-to-face delivery was put on hold. Sellafield knew that it was critical to stay connected to and supportive of their leaders during the pandemic because it sustains an estimated 58.7% of the local jobs. The well-being of its staff was paramount to Sellafield.

2
The better the answer

A virtual programme connecting leaders and their purpose

Within a matter of weeks, EY Lane4 and Sellafield Leadership Academy paused the programme, and redesigned it to become fully virtual. At pace, the team gathered comprehensive feedback from the face-to-face version of LE3AD, and aligned content with the CEO’s new company-wide manifesto and a recently introduced Leadership Standard from Sellafield’s parent organisation — the Nuclear Decommissioning Authority.

Sellafield’s board set specific objectives for the programme. They wanted to clarify the expectations of high-performance leadership and challenge leaders to take greater accountability for their ongoing L&D. They aimed to identify and improve the leadership team’s capability and impact, as well as their confidence to lead effectively. Finally, they wanted to develop a strong leadership community and equip them to manage evolving challenges.

In just six months, a thorough, visionary and empowering virtual L&D journey was launched. This would instigate long-term change across all layers of leadership at Sellafield and provide well-being support.

The pandemic highlighted that there was not one uniform technology platform that all Sellafield staff could access to enable remote learning or working. This meant that initially, some leaders used personal devices to access platforms, such as Microsoft Teams, to take part in the programme. To mitigate this, EY Lane4 offered support for leaders who were less confident with technology. Virtual cheat sheets and tutorial videos were created, and individual guidance was provided. The team at Sellafield also established a ‘technology lending library’ that provided delegates with laptops and headsets so that everyone could participate.

Leaders were invited to attend a live 90-minute launch event to show them the fundamental role that they play in shaping the future of the organisation and how they could positively impact the lives of those at Sellafield. As a warmup activity, leaders completed Adapt4 — a short online diagnostic that gathered self-scores against a range of critical leadership behaviours. Each respondent was then sent a personalised report showcasing their strength and development areas, and personal development goals were set with each leader’s Line Manager.

There were three distinctive parts to the L&D programme: engage, empower and evolve. Each module was supported by personalised learning, group coaching via online support groups and online content that was accessible at any time. This flexibility aimed to adapt learning to employees’ environment at the time: due to national lockdowns caused by the pandemic, many had additional caring commitments or had health concerns.

In addition, Sellafield designed two refresher modules for the leaders who had already completed LE3AD face-to-face. This programme — called Elevate — reminded leaders of previous content and updated them on critical topics, such as agile working and leading change. Crucially, it helped keep them connected and supported during unprecedented times. As such, the programme acted as a catalyst for increased virtual confidence and competence.

3
The better the world works

During one of the most challenging times to be a leader, this programme led to enhanced leadership capability.

Joanna Petrie-Rout, Head of Leadership Development, said, “We have been delighted with the results from the LE3AD programme. Working with EY Lane4, we have created a long-term partnership which has delivered impactful results for our organisation. Throughout the programme, we listened, adapted, have been courageous and tried out different delivery methods which previously we would have thought would not have worked. It is this open-mindedness that has created a programme which will deliver impactful change for Sellafield.”

Martin Chown, Sellafield’s CEO, said, “The LE3AD programme has delivered so much more than a standard leadership and development programme. The success of the programme — developed in partnership with EY Lane4 — was that it gave our leaders the opportunity to learn, develop and grow as leaders, whilst also giving them an online community when they needed it the most. I am proud of seeing our leaders thrive under the programme and given the strain of the last two years, I am sure every employee has benefitted from a technique role modelled from a leader on this programme.”

agreed or strongly agreed that they felt comfortable in demonstrating the Leadership Standard behaviours in their everyday leadership.

Working with EY Lane4, we have created a long-term partnership which has delivered impactful results for our organisation.

Although the LE3AD programme is still in rollout, it has already delivered a significant shift within the organisation. David Forsythe, Head of Nuclear Safety, said, “I have been through many similar programmes over the last three decades.  Most have been diluted, superficial and poorly supported from above. Until now. The structure and content of LE3AD have been fabulous, but what has made this stand out from three decades of mediocrity is quite simply the brilliant level of facilitation. The honesty, enthusiasm and skills of my facilitator have set this apart from everything else.”

The structure and content of LE³AD have been fabulous, but what has made this stand out from three decades of mediocre programmes is quite simply the brilliant level of facilitation.

At the start of the LE3AD programme, delegates completed a self-review against the five lenses of Sellafield’s Leadership Standard, rating the perception of their behaviour as a score out of seven. This was repeated at the end of the programme. There was a 20% increase in the overall self-score from start to end of the programme.

Delegates spoke of having developed a leadership community thanks to the programme. A programme delegate said, “The ALGs allowed for networking. I was able to have discussions with others, gain feedback, and hear different experiences and perspectives from others in the organisation. I was able to bring challenges into that group and learn how I might face these differently. I have definitely developed a better network because of this process.”

A successful transition to virtual delivery

The immersive and engaging virtual programme maintained the experiential and high-impact elements previously valued by leaders. Maintaining support for leaders and their teams battling the daily challenges of a pandemic proved to be transformational. By redefining leadership, this programme is changing the organisational culture for generations to follow. A programme delegate said, “I thought the virtual element worked really well — in some ways, a lot better than it would have done in a face-to-face course. I met new colleagues from across the business, people I had never met before. This has been fantastic and I have greatly benefitted from meeting new peers, hearing new perspectives.”

The virtual programme gave leaders a much-needed voice and support network when they battled with the impact of the pandemic. Mary Moscrop, Training Lead, said, “The thing that was most powerful about the virtual environment was the safe space that it created. Had we been in person, I never would have shared the stories and experiences that I have had.”

A resounding impact on well-being

Its impact is more far-reaching than a traditional L&D programme. It offered leaders a safe space to communicate and gave support at arguably one of the most challenging times to be a leader. A programme delegate said, “I was in a very low place earlier this year, and felt safe enough to open up to my LE3AD facilitator and cohort, and ask for help. It is the bravest thing I have ever done, but it resulted in me getting lifesaving support at a time I needed it most.”

agreed or strongly agreed that the LE³AD programme has been a worthwhile business investment.

How EY can help

Develop the skills, behaviours and mindset that your leaders require to deliver results.

Demographic shifts and new technologies are changing how, why and where people work and the requirements and expectations of the workforce. To secure the skills they require, organizations need a new approach to attracting, developing and inspiring their workers.