After a slow start to 2016, Asia-Pacific power and utilities (P&U) transactions picked up in Q2, led by deals in China and India, which contributed more than 85% of total deal value. These deals highlighted a trend by conglomerates toward diversifying into the energy sector, and continued interest in the renewable energy, and water and wastewater segments.

With growing electricity demand in Southeast Asia expected to outstrip average regional growth, diverse investors are attracted to both the conventional generation and renewable energy segments in this region, particularly in Thailand, the Philippines and Indonesia. Ten P&U transactions worth a cumulative US$1b took place in the Southeast Asia sector during Q2. 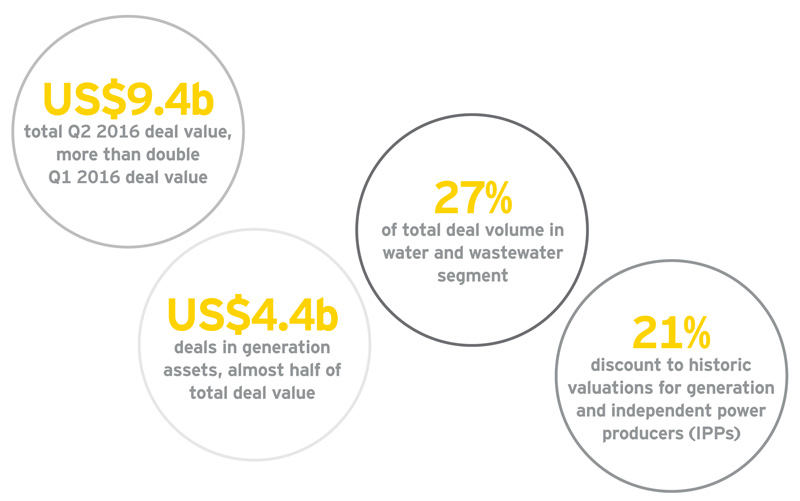 Generation asset deals contributed almost half (47%) of the region’s quarterly P&U deal value, with many transactions involving large thermal assets in China, India and the Philippines. In India, buyers are snapping up distressed assets, while in the Philippines, it is booming demand that is attracting investors – electricity consumption is expected to reach 111.8 TWh in 2025 compared to 73.2 TWh in 2016.

The region hosted US$2.7b of renewables deals during the quarter. In China, many clean energy deals are a result of cross-border M&A prompted by energy reforms. In May 2016, Thailand-based coal miner and generator Banpu invested in four Chinese solar energy projects worth US$93m, and expects to start selling power on-grid by mid-2016. As reforms progress and allow for direct sales to industrial and commercial consumers, expect both traditional and non-traditional players to use M&A to enter the market.

The T&D segment contributed only 4% (US$0.4b) of the region’s Q2 deals, with the most noteworthy transaction being Sala Corp’s acquisition of Chubu Gas Co. in Japan. 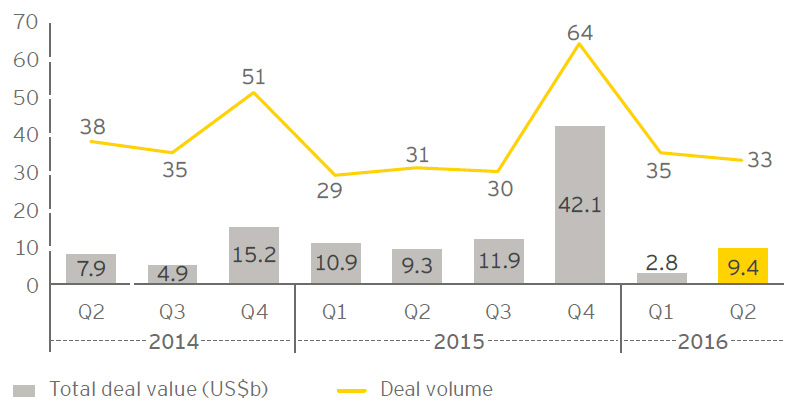 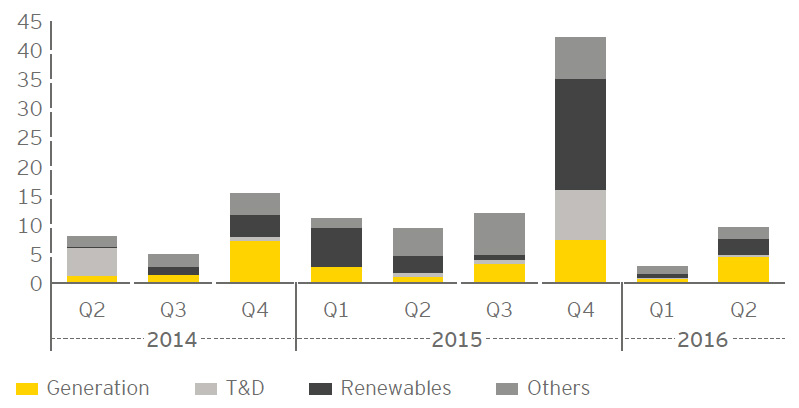 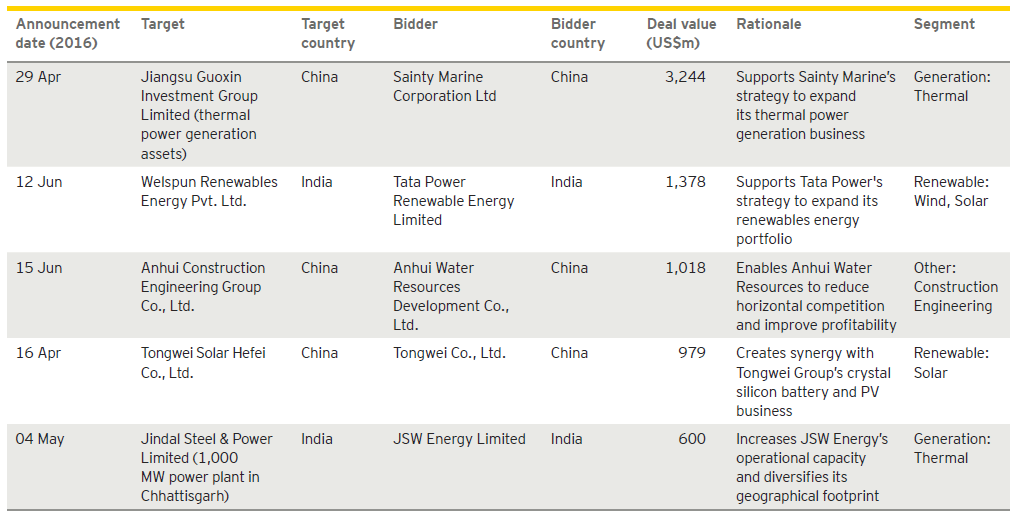 While regulated assets continue to trade at a premium, investors are exploring operational renewable energy assets that can provide higher returns than bond yields. Renewables have also been boosted by increasingly stringent environment regulations that are prompting utilities to realign portfolios.

In China, IPPs are valued below average as competition from renewables increases. The government’s push towards renewable energy is expected to apply more downward pressure, though market reforms that will allow generators to compete to directly supply large commercial customers may boost the valuations of integrated utilities.

Across the region, renewable energy players are likely to witness increasing competition from a diverse buyer community as more governments switch to renewables to meet baseload demand. This is squeezing the valuations of thermal generation assets, resulting in increasing M&A by buyers looking to bolster their operational capacity. The quarter witnessed multiple deals under US$100m by cross-border and domestic utilities shifting slowly toward clean energy portfolios. Due to the limited availability of operational renewable assets in these countries, valuations are likely to be boosted by competition from buyers.

Indian T&D assets and Korean T&D and integrated assets are valued at a discount compared to the group’s regional average (PE two-year forward estimate of 10.2x compared to group average of 15.7x). Valuations in South Korea have historically been low due to the country’s closed sector, although we may see an increase in EV/EBITDA for the country’s utilities as they face pressure to increase dividend payouts and invest in renewables and new technology. 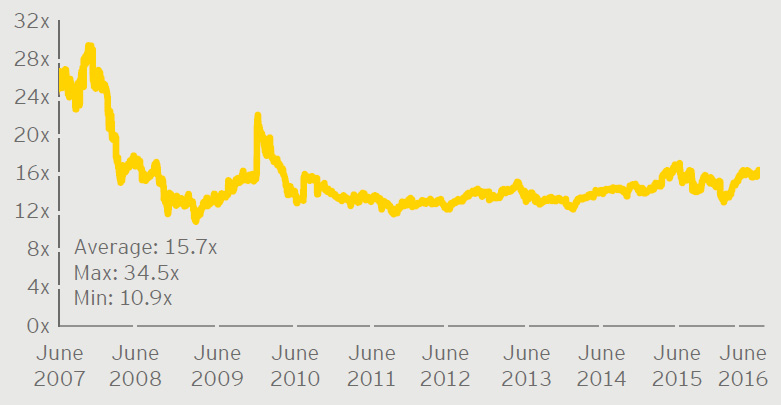 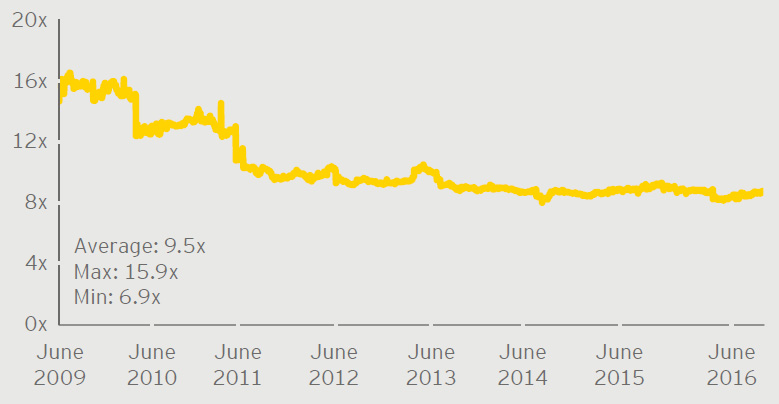 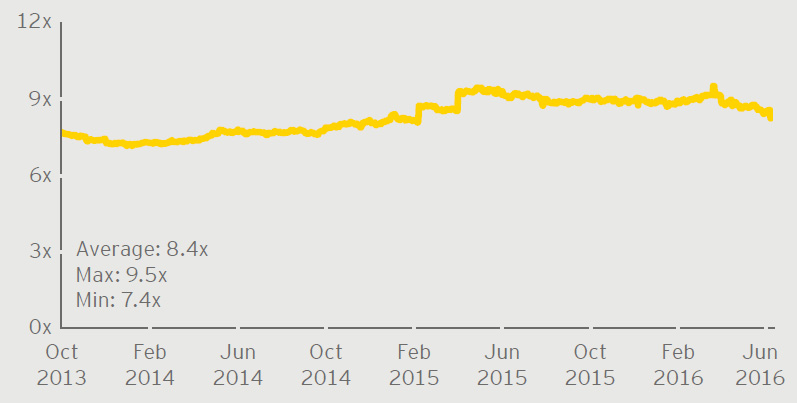 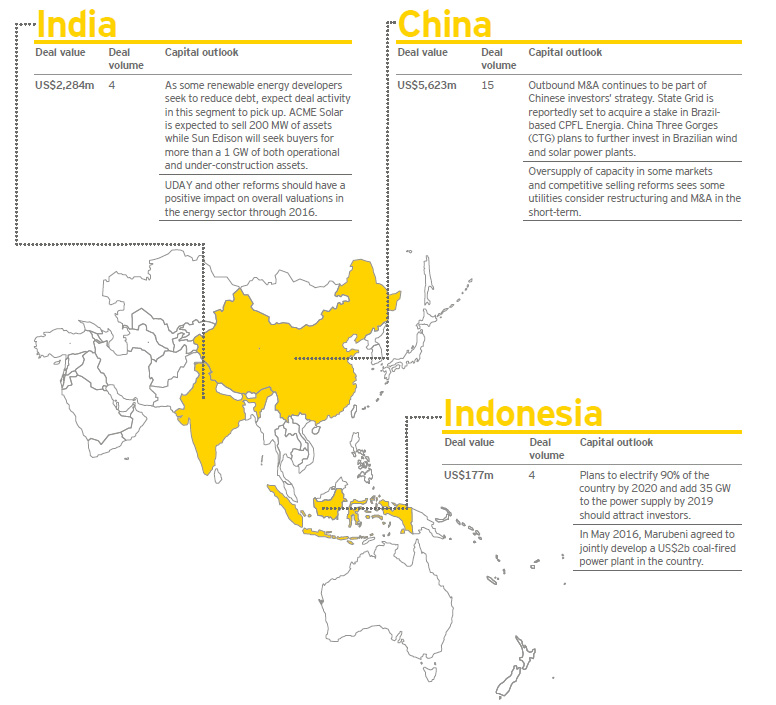 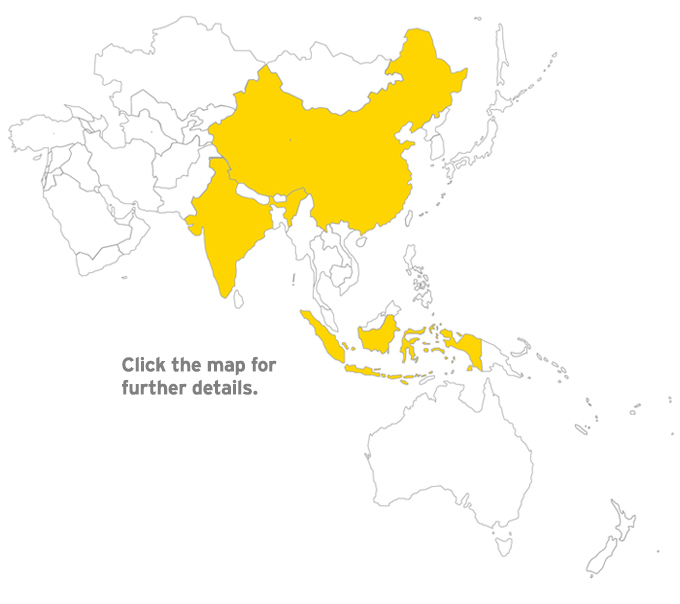