Overview of China outbound investment in 2019

BEIJING, 13 FEBRUARY 2020. EY released the Overview of 2019 China Outbound Investment, according to which, China outbound investment in 2019 continued to decline.

EY released the Overview of 2019 China Outbound Investment, according to which, China outbound investment in 2019 continued to decline.

China’s overall ODI and the announced China overseas M&As fell by 9.8% YOY and 31% YOY, respectively. Driven by the Belt and Road Initiative (BRI), Asia became the most popular overseas M&A destination for Chinese enterprises, recording growth despite the overall downward trend. Overseas TMT, consumer products and power and utilities sectors continued to be favored by Chinese enterprises. China overseas EPC contracts continued to develop steadily, with a YOY increase of 7.6% in 2019.

Loletta Chow, Global Leader of EY China Overseas Investment Network, says, “The increase in trade barriers and geopolitical uncertainty in 2019 affect global business confidence and economic activities. In early 2020, overseas uncertainties were reduced with the signing of phase-one trade deal between the US and China as well as the success of Brexit. However, affected by the novel coronavirus, the China outbound investment trend would need to be further observed depending on the control of the epidemic situation in the later year. Chinese investors could plan for now for later actions - paying attention to sectors that support structural adjustment, transformation and upgrading, such as TMT, health & life sciences and advanced manufacturing sectors.”

In 2019, China’s ODI continued to develop in a healthy and steady manner. According to the MOFCOM, China’s overall ODI amounted to US$117.1 billion, down 9.8% YOY; non-financial ODI was US$110.6 billion, down 8.2% YOY. With more balanced investment structure, the total ODI went to leasing and commercial services, manufacturing, wholesale and retail sectors.

According to the MOFCOM, in 2019, the total value of newly-signed China overseas EPC contracts increased by 7.6% YOY to US$260.3 billion, EPC turnover was US$172.9 billion, up 2.3% YOY; while the value of EPC contracts signed in B&R countries amounted to US$154.9 billion, accounting for 59.5% of the total, up 23.1% YOY. Moreover, among the EPC contracted by Chinese enterprises, there were 506 projects with contract value over US$100 million, up 8.4% YOY. China overseas EPC enterprises has created nearly 800,000 jobs for the host countries, driving China's equipment and materials exports to exceed US$ 14 billion.

The China Overseas Investment Network (COIN) links EY professionals around the globe, facilitates collaboration, and provides consistent and coordinated services to our clients with overseas investment from China. Building on the existing China Business Group in the Americas, EMEIA, Asia-Pacific and Japan areas, COIN has expanded our network in more than 70 countries and territories around the world. Our globally integrated structure enables us to deploy dedicated teams with strong local experience, and profound industry knowledge to provide our clients with one-stop professional service from planning stage to execution stage to integration stage, helping our clients navigate through global markets. 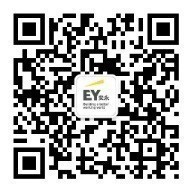 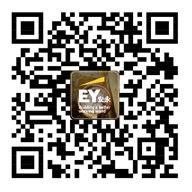 EY is a global leader in assurance, tax, transaction and advisory services. The insights and quality services we deliver help build trust and confidence in the capital markets and in economies the world over. We develop outstanding leaders who team to deliver on our promises to all of our stakeholders. In so doing, we play a critical role in building a better working world for our people, for our clients and for our communities.

EY refers to the global organization, and may refer to one or more, of the member firms of Ernst & Young Global Limited, each of which is a separate legal entity. Ernst & Young Global Limited, a UK company limited by guarantee, does not provide services to clients. Information about how EY collects and uses personal data and a description of the rights individuals have under data protection legislation is available via ey.com/privacy. For more information about our organization, please visit ey.com.

This press release is issued by the EY China practice, a part of the Ernst & Young global network.


We have detected that you have enabled the Do Not Track setting in your browser; as a result, Advertising/Targeting cookies are automatically disabled.